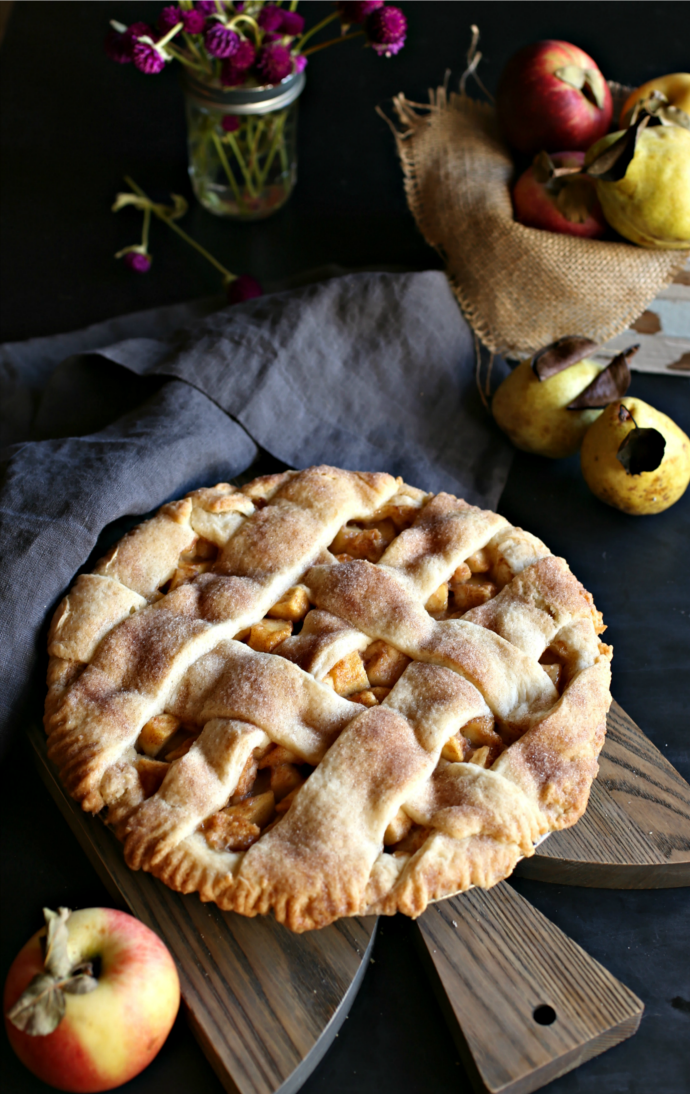 Holiday desserts in my house have always meant pie. Sure, there might be a few other things that I whipped up or that guests brought. And they change with the season and mood. But there's always pie. When I was a kid, I really only ever wanted the crust and could do without the filling. But now that I make my own pies, I want them both. 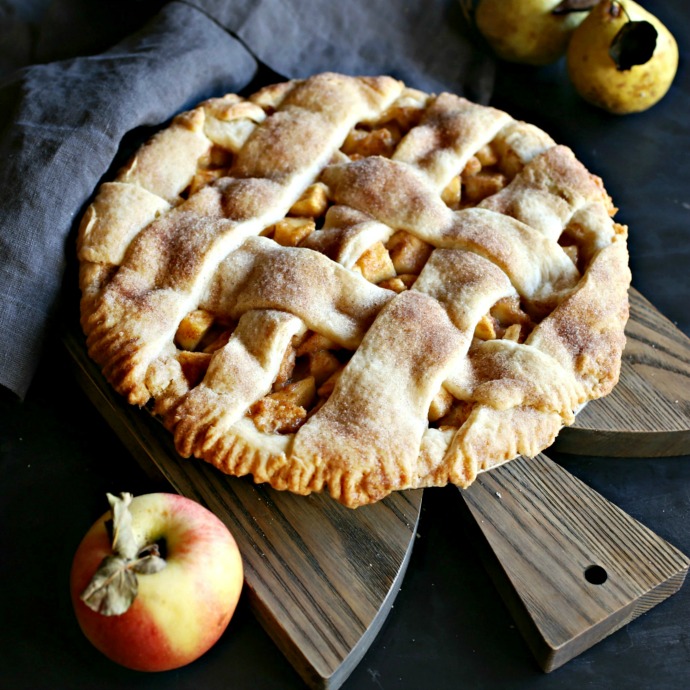 More often than not, my pie filling choice is apple with lots of cinnamon. There's just something so comforting about a good old fashioned apple pie. But since there are also so many glorious pears at this time of year, I decided to combine the two. I generally like my apples on the softer side so I use a golden or red delicious. But pears cook more quickly so definitely use a firmer variety, like bosc, or just make sure your pears are not over ripe when you buy them. 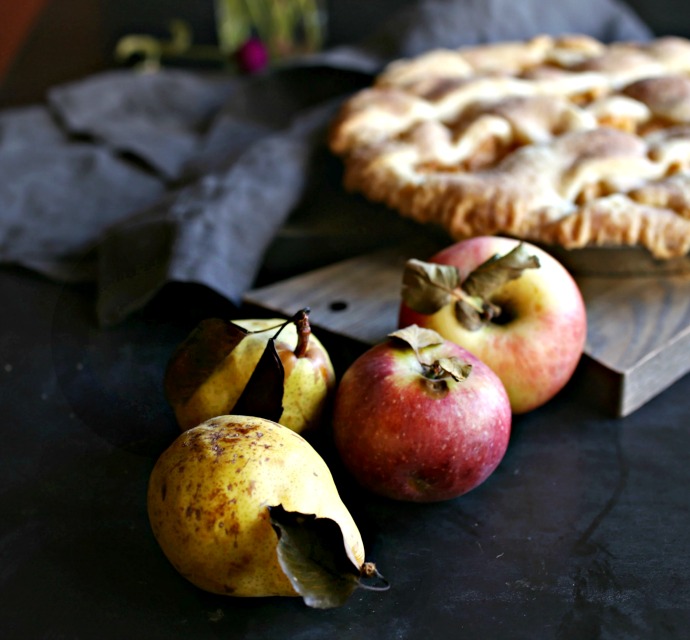 As for the crust, we can debate flaky vs. tender, butter vs. shortening but, if I'm baking, it's an all butter crust every time. For me, nothing beats that flavor and a touch of baking powder adds the flakiness that shortening would otherwise bring. Whatever the flavor, pie doesn't ever last long in my house. Enjoy!
Yield: 8 Servings
Author: Anita Schecter
Print 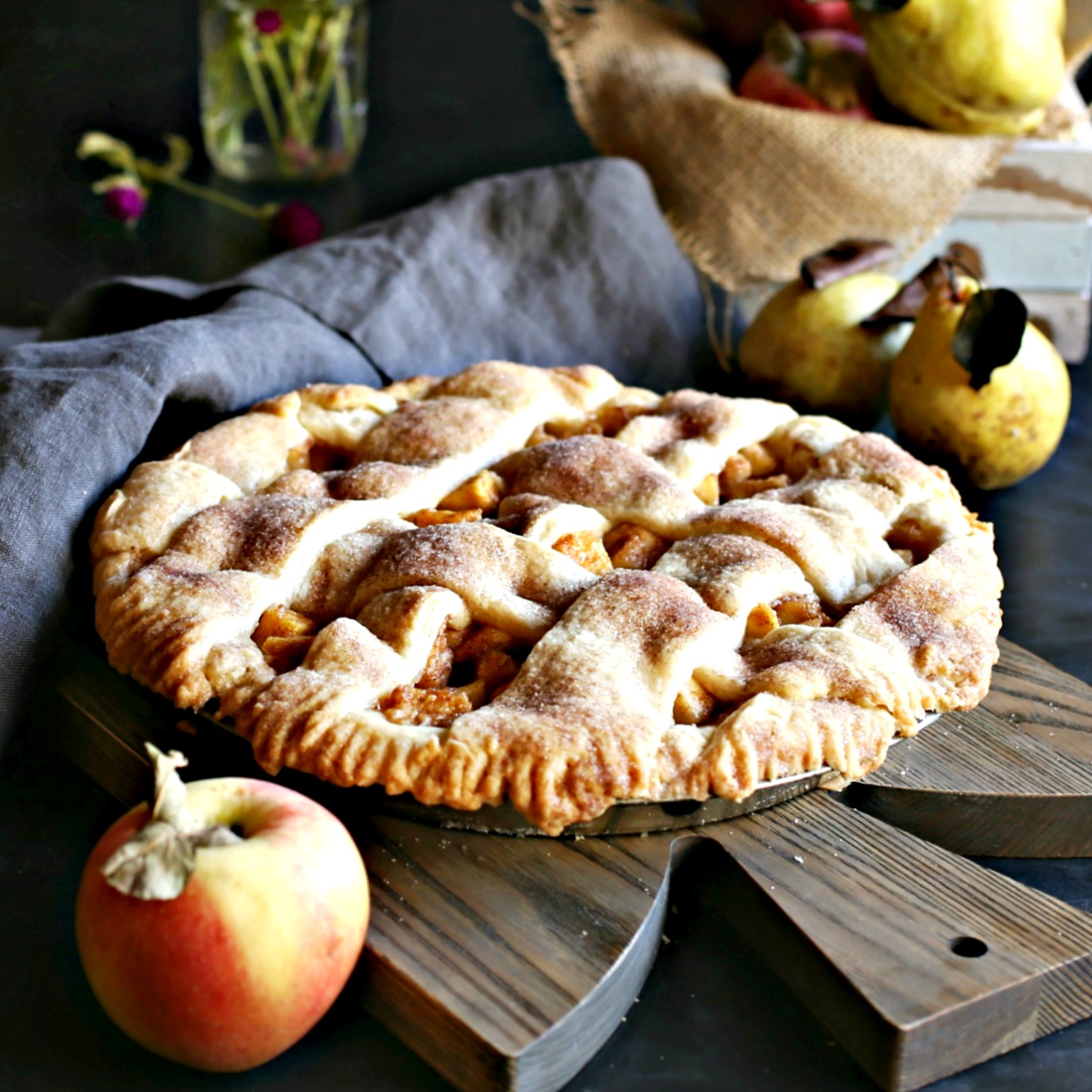 For the Crust:
For the Filling:
For the Topping: