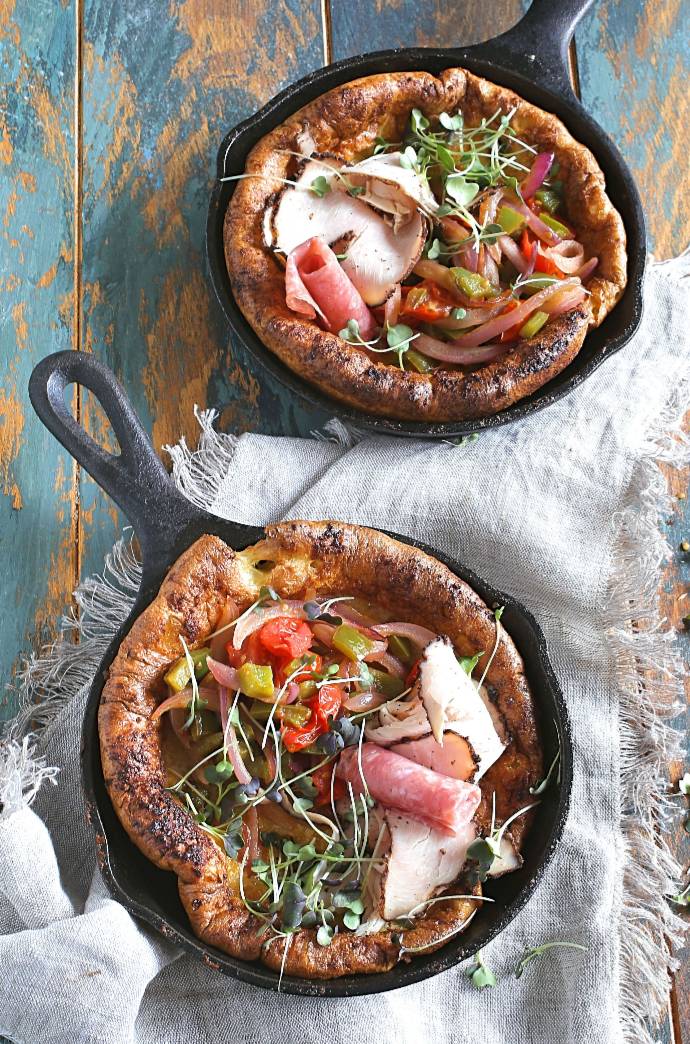 The first time I tried cooking these puffy pancakes, I was not expecting them to rise as much as they did. Some kind of photography/food styling trick, I thought. Nope. I've made them several times since that first time and they puff big! 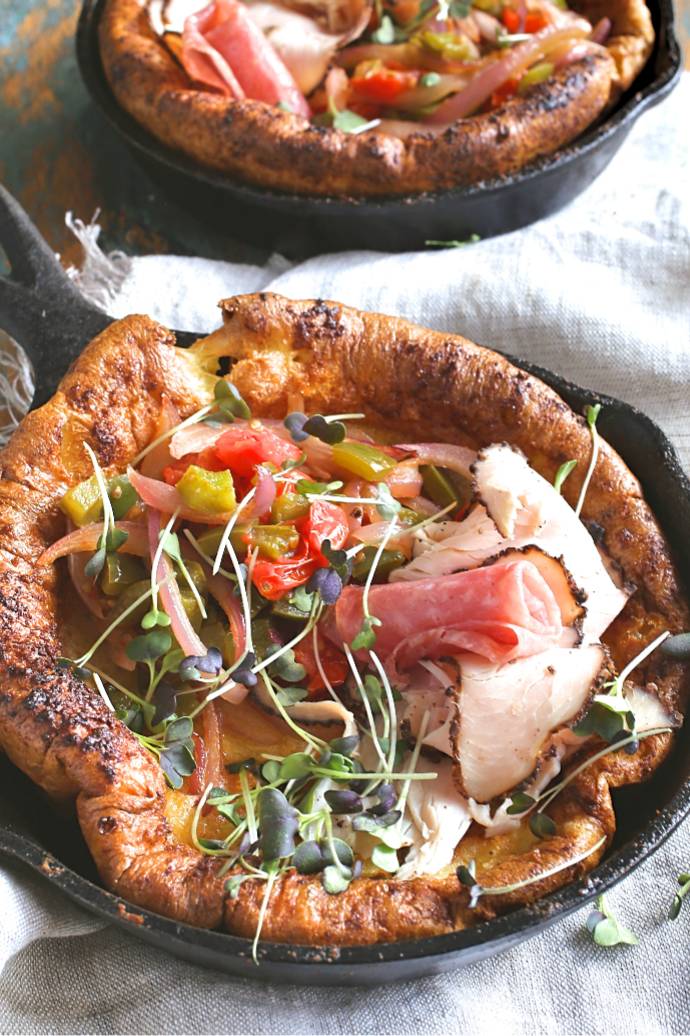 Yes, they'll fall eventually although not as quickly as a souffle deflates so there's still plenty of wow when presenting them. And, of course, lots of yum. Despite the name, there's actually nothing Dutch about them. The story goes that the daughter of a family run Seattle restaurant mispronounced "Deutsch" and we ended up with Dutch pancakes. 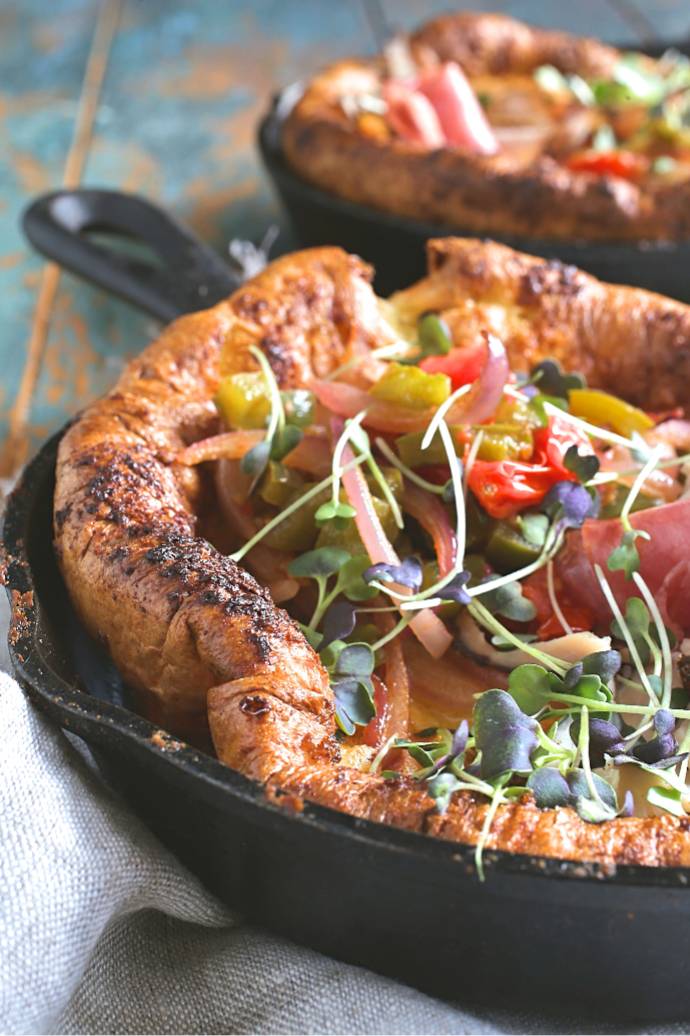 I usually see sweet versions of these pancakes but I prefer a more savory breakfast. So I borrowed from the flavors of a Western omelette and added onions, bell peppers, tomatoes, ham and cheese. 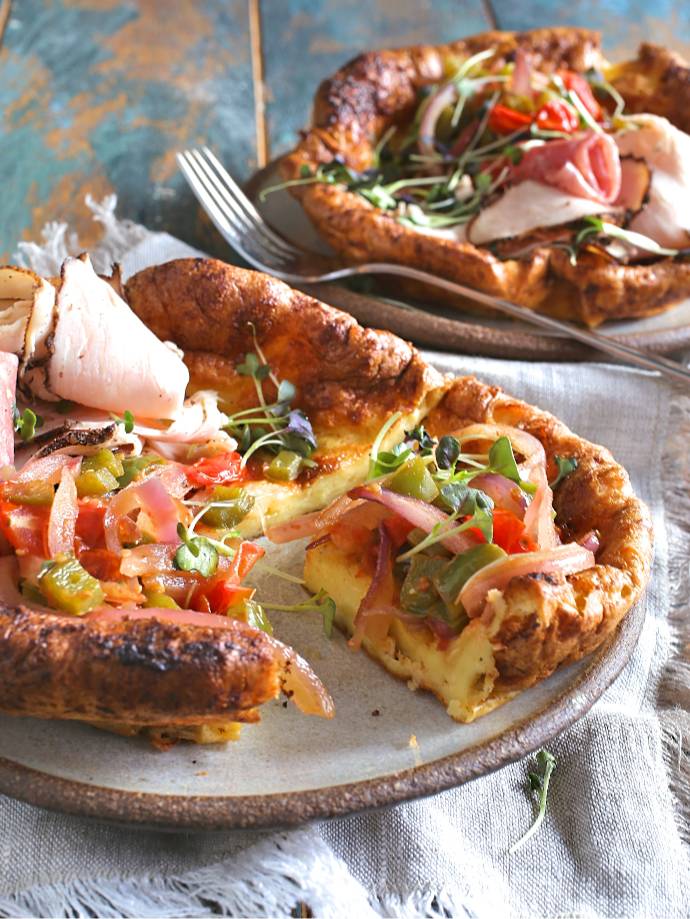 I mixed the cheese in with the pancake batter and served the ham and sauteed veggies on top. Feel free to customize these with different vegetables or different types of deli meats. Just make sure your pans are screaming hot before adding the batter and your pancakes will rise every time. Enjoy!
Yield: 2 Servings
Author: Anita Schecter 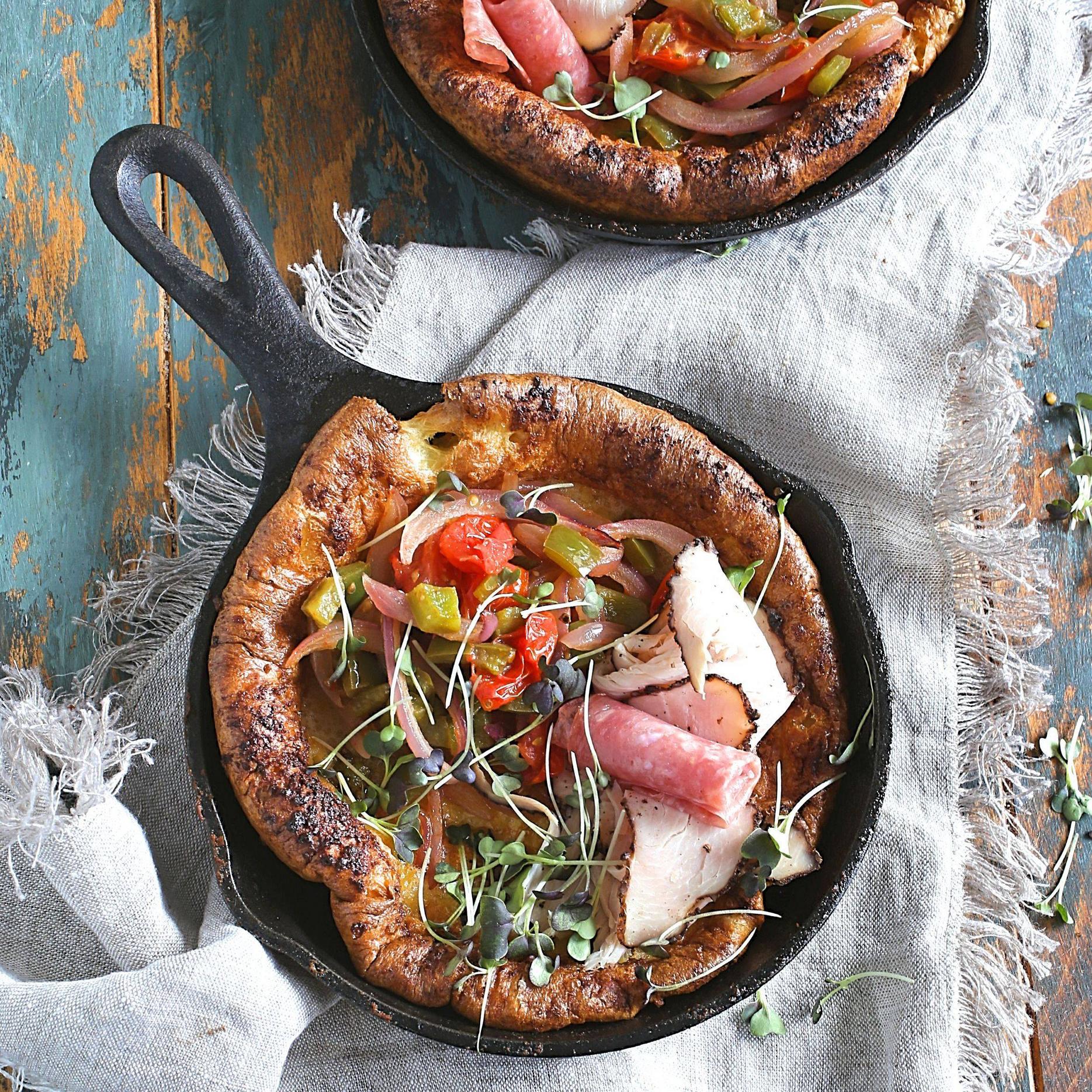 For the Pancakes:
For the Filling: 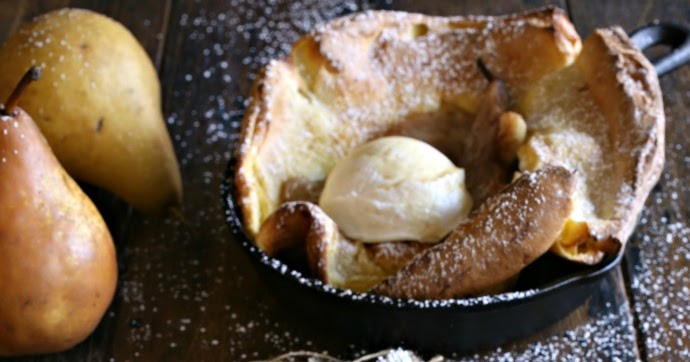