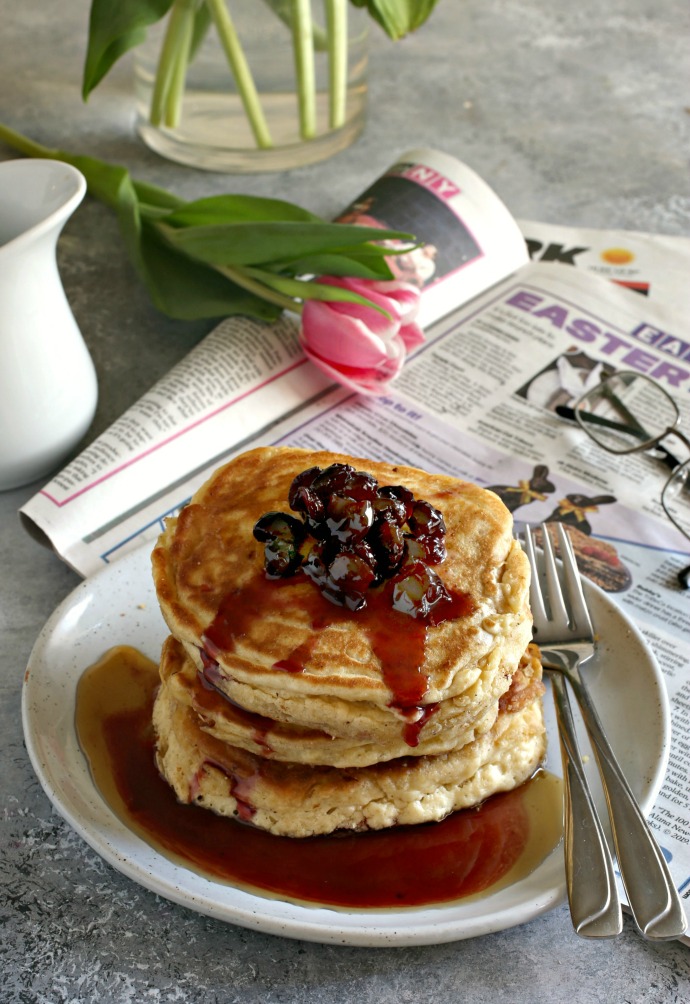 Have you all seen those mile-high, extra fluffy, souffle type Japanese pancakes that are taking over the internet? I resisted for a long time until a video of them, bouncing around in paper sleeves on the griddle, finally made them too tempting not to try. 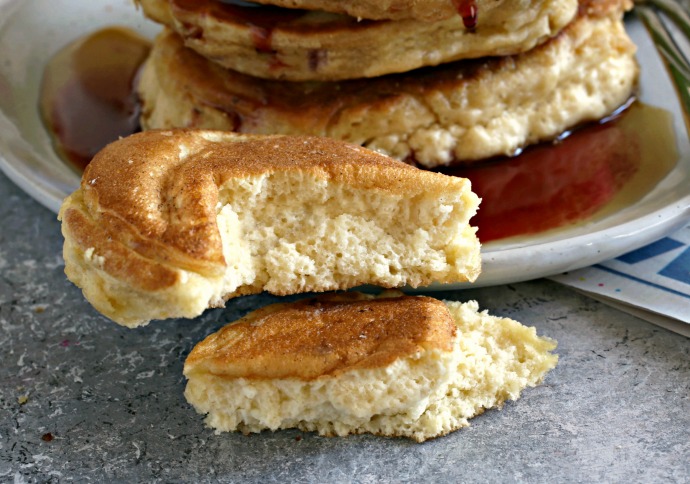 So, a friend and I spent the afternoon cracking the recipe code for them. We failed. Not in the sense that we didn't eventually figure out that the trick was less batter, more beaten egg whites and low, slow cooking. But when you have a pancake based mostly on beaten egg whites, that's what it tastes like and that's not what I had in mind.

After lots of frustration and many, many eggs, I decided that I would rather sacrifice some height for flavor. These are based on a really flavorful pancake recipe but with both beaten egg whites and the addition of a couple of extra whites. A little more work than regular pancakes but both texture and flavor are definitely worth it. Enjoy! 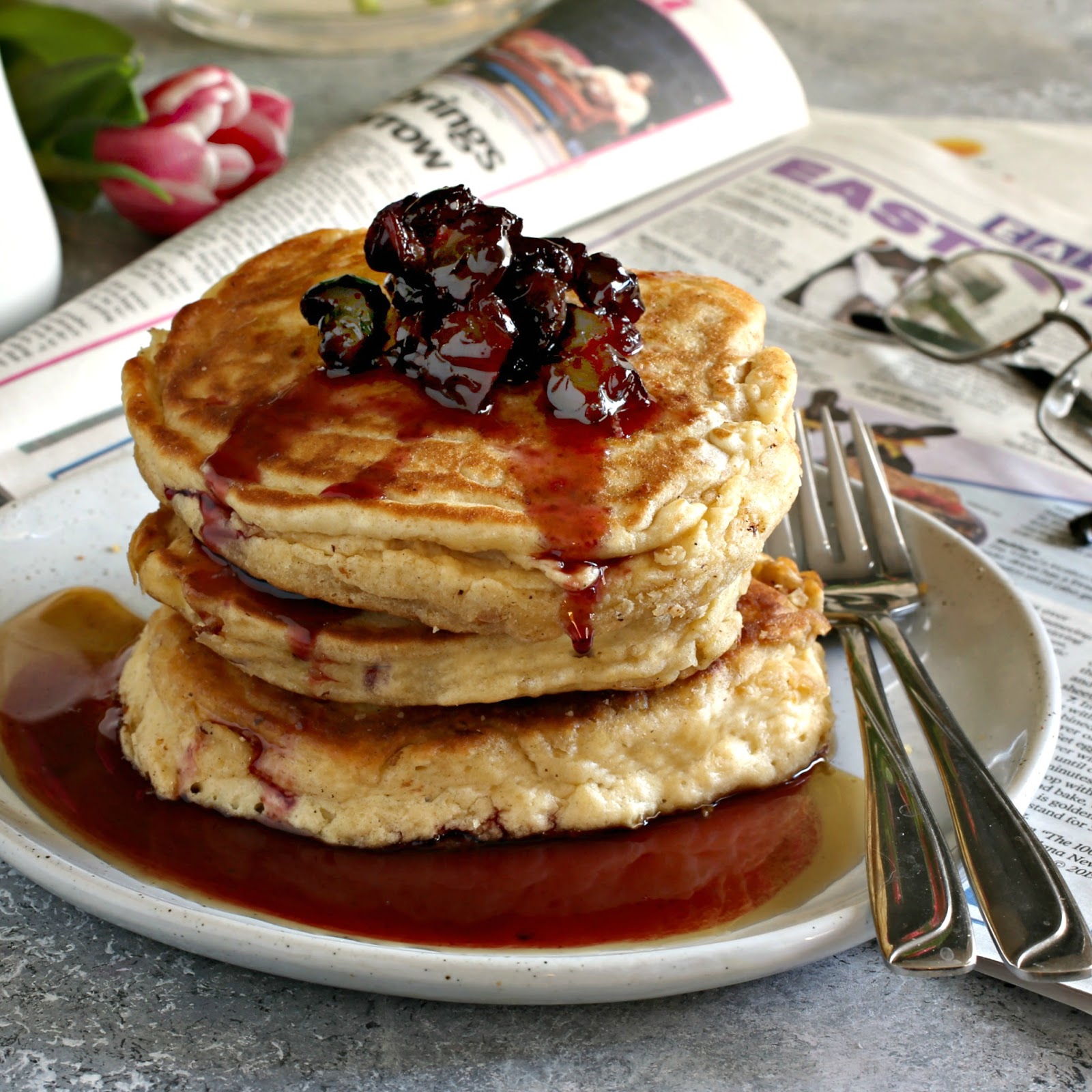